The U.S. sorghum market continues to grow as press coverage and consumer awareness increase. The Sorghum Checkoff reports that 2015 saw significant rises in the consumer and pet foods industries. The 2015 sorghum crop was the largest since 1997! Food consumption of sorghum increased by nearly 40 percent compared to 2014, and more than 350 products on grocery store shelves now contain sorghum. The pet food industry is also gaining momentum, as consumers demand the same quality and attributes in food ingredients for their companion animals as they do for themselves. “We expect 2017 to be a breakout year for sorghum in various food sectors,” said Doug Bice, Sorghum Checkoff market development program director. With so many different ways to use sorghum, it is poised for a huge reach in the food and pet industry. 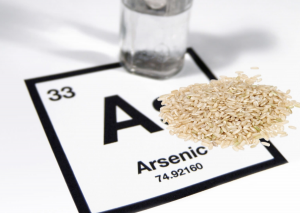 Does your company have a plan to address the growing consumer fear around the arsenic levels in rice based foods?

NPR recently featured a study from JAMA Pediatrics that found babies who eat rice cereal or rice-based snacks have higher concentrations of arsenic when tested compared to those who did not consume rice. Arsenic, a chemical element, is naturally found in soil and water. It exists in two forms, with inorganic arsenic of greater concern as it is considered more toxic. Concerns have been increasing over the years about levels of inorganic arsenic found in rice, which takes up arsenic readily from the ground where it is grown. In an effort to better understand and manage the risks associated with consuming arsenic, the FDA has been testing levels in food since 2011. In April 2016, the FDA proposed an action level, or limit, of 100 parts per billion for inorganic arsenic in infant rice cereal. The FDA, together with the American Academy of Pediatrics, encourages consumers to eat a variety of grains for good nutrition, and not rely solely on rice based products for infants, pregnant woman, or even adults. Sorghum, unlike rice, does not take up arsenic from the soil, and functionally, can do anything rice can do.

The neutral taste, smooth texture, and light color of Nu Life sorghum flour makes it an excellent replacement for rice flour. In extrusions, sorghum has great expansion and the texture is never glassy, like other grains. Sorghum also has six times the fiber of rice, so the nutrition of your product will benefit. 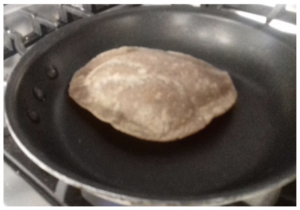 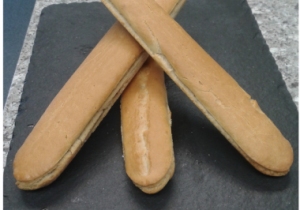 RD is observing the following benefits when waxy sorghum is added to formulas with inclusion rates as low as 5%: 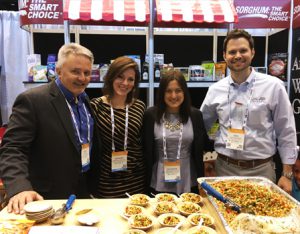 “Add sorghum to the list of old-fashioned ingredients making a comeback. The United Sorghum Checkoff showed off the ancient grain’s flexibility in various forms: pearls, puffs and pillows; flour, whole grain and bran; and syrup. It blends in well with other whole grains, ancient grains and marinades, says Doug Bice, market development director. “When you look around the show floor, I could fit it with so many products,” he says. The gluten-free grain is a good source of protein and fiber. “It fits all those things folks are looking for.”” NRA Magazine (May 22, 2016)

Why Sorghum Is A Physiological Marvel

“When the world moves towards the time when its supplies of food will be insufficient for its supplies of people, this plant will increasingly contribute to the happiness of the human race.”

Sorghum has remarkable physiology that makes it one of the toughest of all cereals. It will produce when planted in low fertility soils and it’s pigmentation serves as natural sunscreen. But most importantly, it can endure hot and airy conditions. Indeed, it can produce on sites so burning and arid that no other major grain can be consistently grown. It’s massive and deep penetrating roots are mainly responsible for this drought tolerance, but the plant has other drought-defying mechanisms as well. For instance, it apparently conserves moisture by reducing its transpiration when stressed (by rolling its leaves and possibly by closing the stomata to reduce evaporation) and it can turn down its metabolic processes and retreat into near dormancy until the return of rains.

Moreover, if the much feared greenhouse effect warms up the world, sorghum could become the crop of choice over large parts of the areas that are today renowned as breadbaskets, rice lands, or corn belts. (paragraphs from National Academy Press) 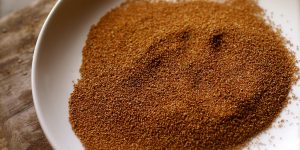 Nu Life Market now has both ivory and brown teff available, grown under the same farm-to-family program as our sorghum! Teff, like sorghum, is a resilient, naturally gluten-free ancient grain that originated in north-east Africa. If you have eaten Ethiopian food, you have had teff in the form of injera, a flat, spongy, and slightly sour bread used to scoop up and eat the main dishes. On it’s own, teff has a mild, slightly nutty flavor– it is the fermentation step in making injera that gives it a sour note, similar to sourdough bread. Eaten as a whole grain, teff has more food value than grains like corn and wheat. Teff is the smallest grain in the world– it takes 3,000 grains of teff to make up one gram! Because of its size, teff has a greater proportion of bran and germ to endosperm when compared to other grains, which increases the nutritional value of the grain. Teff is high in fiber and calcium, and has around 11% highly digestible protein. Teff is also high in resistant starch, an attribute beneficial to blood-sugar management and weight control. Teff samples are available both as a whole grain, and as whole grain flour.

Fun Fact: Sorghum has been discovered in clay pots dating back to 8,000 BC in the Nabta Playa region of Egypt.